Filmtheater ’t Hoogt may have left the building in the Slachtstraat, but we haven’t left the city! Hoogt on Tour shows films at various locations in Utrecht. Good news: from June 2021 on, our programmes at De Nijverheid are accessible for those who don’t speak Dutch. All films screened there are either English spoken or English subtitled.

Last April, seven short animated films won a prize at the online Kaboom Animation Festival. These films can now finally be seen on the big screen during the Winners Tour. A program chockfull with animation, including the new film by celebrated British filmmaker Joanna Quinn, documentary film from France and the internationally successful Dutch film See Me.

After a weird night, five bored, super-rich friends find out they are vampires. Panic! Is this really what they have become? Can they still trust one another? 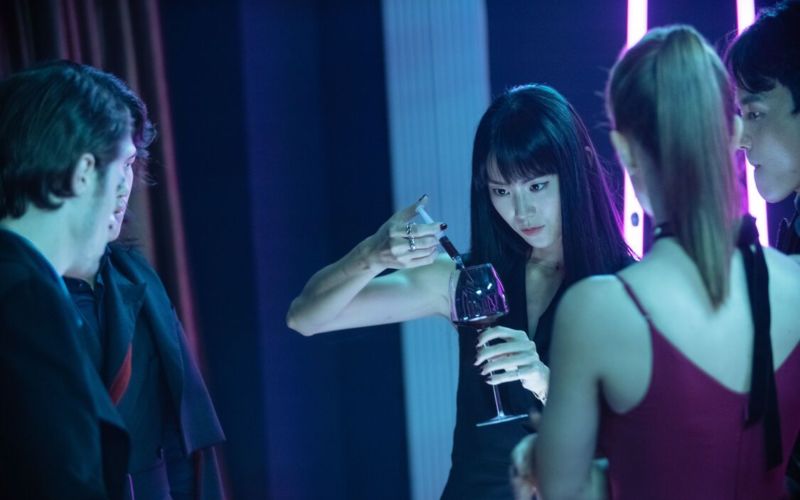 Quite a contemporary look, those black face masks worn by the five twenty-somethings out hunting among the Taipei nightlife. But what they actually hide are their Dracula fangs. One of David Verbeek’s most ambitious productions, Dead & Beautiful was already in the pipeline when he presented How to Describe a Cloud at Rotterdam in 2013. Both films have a role for the spiritual, which in this vampire drama contrasts sharply with the vacuous world of Lulu and her friends, who fill the inner void with extravagant experiences. With unforeseen consequences.

After a weird night, five bored, super-rich friends find out they are vampires. Panic! Is this really what they have become? Can they still trust one another? Each and every one goes to extreme lengths to find out. This take on the vampire genre plays generously with societal tension and expectations at a meta level. The opulent but eerie locations and impressive cityscapes are mesmerising, yet function as a backdrop for themes such as violence, isolation and innocence.

The Netherlands Film Festival will visit Hoogt on Tour.

CineArt
You absolutely don’t want to miss out on our monthly CineArt screenings at De Nijverheid! CineArt offers you edgy films, so expect the unexpected and get inspired!

You can read our corona measures here.